What can we look forward to as we await the return of 9-1-1 season 5 to Fox in less than a week? We know there will be plenty more Maddie, as Jennifer Love Hewitt’s character has returned to Los Angeles following a period of absence.

While it’s certain that we’ll see more of the character in the present, will we also see her in the past? Is there a possibility of a future “Maddie Begins” episode? It does feel like the sort of thing that could happen, but it does not appear to be guaranteed.

In a new interview with TVLine, Hewitt discussed the possibility, as well as how there may not be as much of the need for a standalone episode now that we’ve gotten a good deal of her backstory: 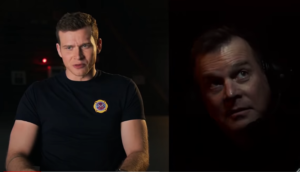 “After the Big Bear episode with Doug and the Buck episode, in which we saw so much of young Maddie and her relationship with her parents, I’m not sure there’s anything else to say… I’m always happy to dig up old Maddie material because of seeing how she taught you about who she is. I’d love to do it, but I’m not sure there’s anything else to do there.”

If the 9-1-1 writers ever decide to do something like this, we have a feeling it will be tied to something else extremely specific happening in the world right now. We don’t believe it would be done for the sake of doing it, but rather to explore a particular idea.

What do you most want to see from Maddie in the upcoming season of 9-1-1?

Share some of your thoughts/hopes in the comments section below! Once you’ve done so, be sure to check back frequently for additional updates.