DI4RIES Season 1: Where was the series filmed?

DI4RIES Season 1: Where was the series filmed?

WHERE WAS DI4RIES SEASON 1 FILMED ON NETFLIX? FILMING SETTINGS.

Netflix has released Di4ries! Continue reading to find out where the series was shot! The college has its embarrassing moments, but it also has its memorable moments. This is also a great time to navigate the early teen years, from early crushes to awkward kisses.

But life can be difficult at times, even when you’re thirteen. Di4ries an Italian Netflix series that follows the lives of eight different students from the Galileo Galilei middle school.

Di4ries, produced by Stand By Me, is the brainchild of the same people who brought you I Cavalieri di Castelcorvo and Sara e Marti. It’s here where you can learn everything there is to know about Netflix releases.

Di4ries will take you through the ups and downs of childhood, with a few surprises thrown in for good measure. If you’re wondering where Di4ries was shot, we’ve got you covered!

WHERE WAS THE DI4RIES SERIE MADE?

Di4ries it was shot entirely in Italy, more specifically in the Gulf of Naples. The first season of the Italian series appears to have begun in August 2021 and ended in December of the same year.

Although the story takes place in Marina Piccola, the production team does an excellent job of making a small town on a volcanic island look like a resort town.

The key sequences of Di4ries were all shot on Ischia, a volcanic island in the Tyrrhenian Sea at the northern end of the Gulf of Naples. According to reports, the Italian Netflix production’s cast and crew did not use studios for the first season. 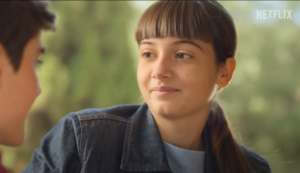 Ischia, the largest of the Phlegrean Islands, is almost entirely mountainous, as evidenced by the series’ sets.

Because of its scenic features, the island has served as a top production location for various types of filming projects over the years.