Bad Vegan: Is it based on a true story? At what point ?

Bad Vegan: Is it based on a true story? At what point ?

CHECK TO SEE IF THE BAD VEGAN SERIES ON NETFLIX IS BASED ON TRUE EVENTS! IF YES, TO WHAT EXTENT?

The movie Bad Vegan is now available on Netflix! Continue reading to find out if it’s based on a true story! Her story has been dubbed the “vegan Bernie Madoff,” and it is now available on Netflix. Chris Smith’s latest crime documentary series, Bad Vegan: Menu Stunt, premieres this week. Read on to learn more about what Pure Food and Wine is today.

This crime story’s headline is about junk food. The order of a Dominos pizza and chicken wings led authorities to Melngailis and Strangis, despite Melngailis’ claim that they spent the majority of their 40 days on the run eating Chipotle’s veggie bowls. They were wanted at the time for fraud and violating labor laws. Read this to find out what happened to Sarma and Anthony.

The two were charged with 24 counts total, which included second-degree robbery, second-degree tax evasion, attempted first-degree fraud, and labor violation. But how much of Bad Vegan is based on a true story? Everything is revealed to you! 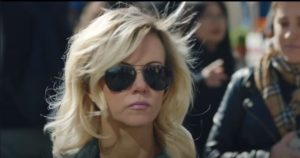 IS THE NETFLIX SERIES BAD VEGAN DRAWING ON A TRUE STORY?

True, Bad Vegan is based on a true story. The movie Bad Vegan tells the story of Sarma Melngailis, a famous restaurateur who was once regarded as the queen of vegan cuisine. She became a fugitive after fleeing with a man who duped her out of a fortune by convincing her that he held the key to fulfilling all of her dreams, whether it was expanding her culinary empire or immortalizing his beloved pit bull.

For once, Bad Vegan faithfully recreates the known elements of this affair, with nothing scripted or embellished by Netflix. So everything you see on screen happened in real life. It’s here where you can find out what each character in the documentary becomes.