DISCOVER THE EXPLANATION FOR THE END OF BILLIONS SEASON 6! SPOILERS!

On Canal+ and ShowTime, you can watch Billions! Continue reading to find out what happened at the end of Season 6! In recapping three seasons of Billions, one of the many observations made is that no one ever truly wins. Mike Prince and Chuck Rhoades both thought they’d won at the end of the sixth season, but we’ve never seen either of these characters look so pitiful.

“Cold Storage” follows in the footsteps of the Billions finale, with a convoluted, time-jumping plot that relies on a lot of explanation for those of us who aren’t experts in law, technology, and/or cryptocurrencies, and the entire story only begins to make sense towards the end. Read on to learn when Season 7 will be released.

Chuck devises a perilous plan to prove Mike Prince unfit for the job before the campaign even begins, after deducing last week that he was planning to run for president: He tries to find proof that Prince funds the Mike Money Universal Basic Income Program with a secret cryptocurrency stash on his own. We reveal everything about the Season 6 finale of Billions! 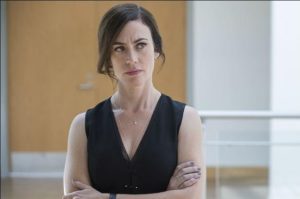 EXPLANATION OF THE END OF BILLIONS SEASON 6!

Chuck lacks the authority to lead a raid after being demoted, but the readers are too much of a mystery for him to ignore. He breaks into one of the warehouses where a hard drive is kept and manages to get it out with the help of Karl Allerd. The computer expert succeeds in unlocking it, depriving Prince of over a hundred million cryptocurrencies.

However, how he gathered the initial data was illegal. As a result, he may face prison time. Meanwhile, Prince is being investigated for tax evasion.

Prince continues to claim that those records don’t exist, but the Billions Season 6 finale reveals that he lied. They do contain 3.5 billion dollars in crypto-currencies. Prince decides to sacrifice all of his money on the altar of his ambition as he faces a prison sentence. Chuck is arrested for using a bogus warrant and obtaining evidence under pretenses because he is unable to prove Mike committed tax evasion.

Mike is gravely mistaken if he believes the conflict between him and Chuck is over. Dave visits his former boss in prison at the end of Season 6 of Billions and informs him that she obtained a court order validating his raid. She understands why Chuck has been so harsh on Prince for the first time since she started working for him.

Chuck is likely to remain in jail for the time being, even though he is no longer legally required to do so. He’ll most likely be preparing for Prince’s next move to the White House with Dave.