Bridgerton Season 2: Where was the series filmed?

Bridgerton Season 2: Where was the series filmed?

DISCOVER THE LOCATION OF SEASON 2 OF BRIDGERTON ON NETFLIX! FILMING SETTINGS.

Netflix now has Bridgerton! If you’re curious about where Season 2 was filmed, continue reading! In Season 2, the show’s focus shifts from Daphne Bridgerton to the family’s eldest member, setting the stage for another steamy and exciting season. To reminisce about the first season’s conclusion, read this.

Antony Bridgerton will emerge as the season’s most eligible bachelor when he finally sets out to find a debutante in Season 2 of Bridgerton. Anthony quickly begins courting Edwina Sharma, the ton’s newcomer, much to the chagrin of his older sister, Kate. To learn how to follow the actors on Instagram, continue reading.

After discovering Anthony’s intentions to find a mate based on her list of priorities rather than on love, Kate resolves to do everything she can to prevent Edwina and Anthony from marrying. Click here to purchase the books that inspired the series.

However, Kate and Anthony’s verbal sparring ignites sparks between them, bringing them closer than they anticipated and complicating courtship season. We reveal the locations for Season 2 of Bridgerton! 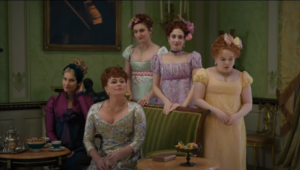 WHERE WAS BRIDGERTON SEASON 2 FILMED FOR NETFLIX?

Bridgerton Season 2 was filmed in the United Kingdom, specifically in London, Bath, and Yorkshire. The production began in May 2021 and concluded in November 2021. The Covid-19 pandemic undoubtedly complicated matters, even temporarily halting production between mid-July and early August 2021, when two cases of Covid-19 were detected.

Additionally, an expansive set was originally planned for the Sunninghill Estate in Berkshire, featuring a detailed London street complete with houses and shops. However, when it was specified that the set would be erected for five years, the production was denied permission to build it.

Naturally, given that a large portion of Bridgerton takes place in London, a few locations in the iconic city were used for filming. The film crew temporarily stayed at Ranger’s House, a red-brick Georgian mansion in the southeast London borough of Greenwich. The mansion is located in London on Chesterfield Walk, adjacent to Greenwich Park.

Bath, in the county of Somerset, also hosted the filming of the series’ second installment in its iconic Royal Crescent. The Royal Crescent Hotel and Spa is a luxury hotel located at 16 Royal Crescent in the heart of the historic district.

Wrotham Park, a neo-Palladian country house, hosted the production team for an extended period. It is located in the parish of South Mimms, Hertfordshire, close to Potters Bar. A dramatic scene depicting Royal Ascot was filmed at West Wycombe Polo Ground, which is located on West Wycombe Road in the Buckinghamshire market town of High Wycombe.

Finally, several scenes from season 2 were filmed at Wilton House, an English country house in Wilton, Wiltshire, near Salisbury.