Britannia is a historical fantasy drama series created by Jez Butterworth, Tom Butterworth, and James Richardson. The show, set in the first century AD, depicts the fight between the invading Romans and the Celtic Iron Age tribes of the titular island. After Julius Caesar’s failure to reclaim Britannia, Aulus Plautius, a seasoned general and statesman, takes up the mantle. Lucius, Aulus’ second-in-command, is revealed to be the centurion who wounded Jesus’ side during his crucifixion. As different beliefs conflict on the mysterious island, the Romans and the tribes alternately ally with and oppose one another.

The first season began in the United Kingdom on January 18, 2018. On January 26, 2018, Amazon Prime Video made the whole first season available in the United States. Since then, the series has received overwhelmingly positive reviews from critics and fans alike, with many applauding the performances, overall narrative, characterization, action sequences, and mystery elements. Season 3 recently concluded in the United States. If you’re wondering if there will be a fourth season, fear not. 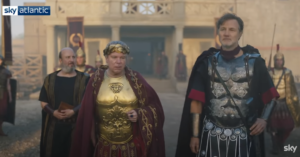 When Will Britannia Season 4 Be Released?

Season 3 of ‘Britannia’ started on Epix in the United States on January 16, 2022, and lasted eight episodes until concluding on March 6, 2022. It originally aired on Sky Atlantic in the United Kingdom and Ireland between August 24 and September 16, 2021. What you need to know about season 4 is as follows.

The series’ producers, as well as executives from Epix and Sky Atlantic, have not confirmed the creation of a fourth season. However, shortly after the third season premiered, Jez Butterworth was interviewed and asked how long he believed ‘Britannia’ could continue. In response, he noted that they still needed to cover 2,000 years of British history and thought they had a few more seasons in them. Additionally, the show’s official social media accounts referred to the episode that aired on Epix on March 6, 2022, as the third season finale rather than the series finale, implying that the producers had additional seasons planned. 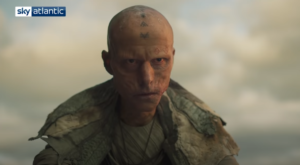 Britannia Season 4 Cast: Who Is Eligible to Appear?

Speer will most likely not feature in the upcoming season 4 — except in flashback scenes — as his character has died. The character of Okonedo is thought deceased. She may also be absent from the following season. The remainder of the cast will very certainly repeat their roles and will be joined by newcomers. 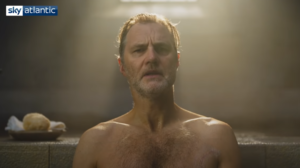 What Could the Britannia Season 4 Plot Be About?

Cait has a vision of Veran and another druid in the season 3 finale. She later returns to the Roman army with the warriors of Queen Antedia. She locates Lucius, who informs her of his knowledge of the spear just before Hemple assassinates him. But then Hample is allegedly assassinated. Divis, on the other hand, is revealed to be the traitor in the prophecy. He gives Cait to Aulus under the influence of Hemple. Aulus and Cait end the episode in Rome.

Season 4 will almost certainly expose whether or not the ending scene of season 3 was real. If that is the case, the storyline may then move between Rome and Britannia. Divis may travel to Rome in the hope of rescuing Cait. Meanwhile, the island tribes may launch a final offensive to expel the Romans from their territory.