IN THIS ARTICLE WE WILL TALK ABOUT ENOLA HOLMES 3 PREMIERE DATE.

Enola Holmes is now on Netflix! Continue reading to learn everything there is to know about the upcoming release of Enola Holmes 3!

The Enola Holmes films are a remarkable modernization of the Sherlock Holmes franchise, based on the best-selling books by author Nancy Springer. Netflix movies have been successful in part due to excellent casting choices.

Enola Holmes 2 continues the story of Sherlock’s younger sister, who aspires to be a detective in her own right. It’s not an easy task for a teen in Victorian London, with most prospective clients asking Enola to refer them to her more famous sibling.

Enola is drawn into the story of the Match Strike, which is a fascinating blend of detective fiction and real history. The story now broadens to address empowerment in a broader context.

Enola Holmes 3 is also clearly prepared in the movie. We tell you everything you need to know about the Netflix release of Enola Holmes 3!

WHAT IS THE NETFLIX RELEASE DATE FOR ENOLA HOLMES 3?

On November 4, 2022, the sequel was released. There have been no renewal announcements regarding the release of Enola Holmes 3 on Netflix as of yet.

The movie received rave reviews from critics, who praised it as a worthy and, in many ways, superior successor.

In response to Sam Claflin’s absence from ‘Enola Holmes 2,’ director Harry Bradbeer stated that he would like the actor to reprise his role in the future.

Millie Bobby Brown, who is also the film’s producer, revealed that she would like to push the boundaries of her character in an Enola Holmes 3 movie.

This demonstrates that the desire to continue the saga exists. The positive reviews and popularity indicate that a sequel is almost certain. If Enola Holmes 3 is renewed, the release date on Netflix should be set for the end of 2024! 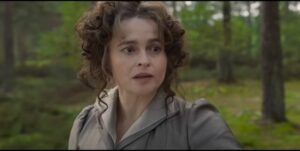 WHAT CAN HAPPEN NEXT?

The sudden disappearance of Dr. Watson in this book leads Enola on a trail that puts her in further danger and puts her detective skills to the test. We believe the post-credits scene introducing Dr. Watson hints at the plot of the next story.

In addition, Sherlock had a group of street informants known as the “Baker Street Irregulars” in Sir Arthur Conan Doyle’s original novels and short stories.

Enola Holmes, it appears, will be the one to form this group in the Enola Holmes franchise. It’s impossible to say whether this will happen in Enola Holmes 3 or later.