FIND OUT EVERYTHING YOU NEED TO KNOW ABOUT THE RELEASE OF EPISODE 1 OF SEASON 3 OF KAGUYA-SAMA. ON WAKANIM, LOVE IS WAR! DATE AND TIME OF RELEASE!

Wakanim now has Kaguya-sama: Love is War available! Read on to find out when Season 3 Episode 1 will be released! As part of the new wave of Spring 2022 anime releases, Kaguya-sama: Love is War is finally returning for its third season, and Crunchyroll has revealed the exact time that fans will be able to watch the first episode of this fantastic return!

Thanks to its successful first two seasons, Aka Akasaka’s original manga series has become one of the most notable anime adaptations of recent years, and now the series is gearing up for Season 3, which will challenge Kaguya and Miyuki in ways not seen in previous episodes. We tell you everything you need to know about the premiere of Kaguya-sama Love is War Season 3 Episode 1! 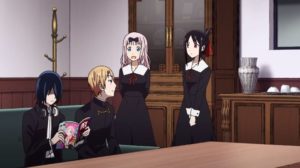 WHAT DATE AND TIME WILL KAGUYA-SAMA LOVE IS WAR SEASON 3 EPISODE 1 BE RELEASED? 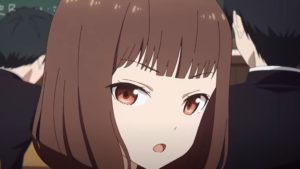 EXPECTATIONS: WHAT CAN WE EXPECT?

Season 2 ended with Kaguya’s old phone breaking, causing her to lose her favorite photos with her friends and classmates. Exams arc and rap battle arc are two of the events we expect to see on screen, though how much material from the manga will be covered remains to be seen.