ALL NEWS ABOUT THE RELEASE OF SEASON 4 OF KAGUYA-SAMA LOVE IS WAR! DATE OF RELEASE!

Wakanim now has Kaguya-sama: Love is War! Read on to find out if the fourth season of Kaguya-Sama Love Is War will be released.

Kaguya has been trying in every way since the beginning of the series to get Miyuki to confess his feelings for her before she has to come to terms with having fallen in love with him. Read this to find out why Season 3 ended the way it did.

Miyuki rarely went on the offensive, primarily because he saw himself as less important than Kaguya and didn’t believe he deserved to approach her as a love interest rather than the council chairwoman.

We’ve seen him gain courage and relive the moments without Kaguya this season, all of which has led us to this, his most significant effort in the series to date.

The series ended at a point where the story could easily be continued if there is enough interest, but it was a very satisfying conclusion that works perfectly without a sequel.

Although the main characters were Miyuki, Kaguya, and Hayasaka, the other characters added their charm.

The season finale of Kaguya sama was fantastic, bringing all of the plots together for one final twist. It was a fantastic set that did almost everything right, and hopefully, this isn’t the series’ final episode.

We tell you everything you need to know about the upcoming Season 4 of Kaguya-Sama Love is War!

WHEN WILL SEASON 4 OF KAGUYA-SAMA LOVE IS WAR BE RELEASED?

The third season came to an end on June 24, 2022. A new production project has been announced, and more information will be released soon.

For the Spring 2022 season, the series has consistently been among Crunchyroll’s most popular shows.

There are currently 26 manga volumes in print, which leaves enough raw material for two or three more seasons. We believe Kaguya-Sama Love is War Season 4 will be released in late 2023! 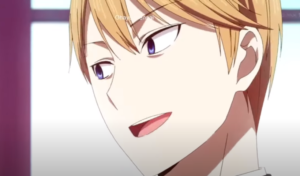 After their romantic kiss in Season 4 of Kaguya-Sama Love is War, Kaguya and Miyuki will struggle with the romantic feelings they have for each other that overwhelm them.
The titular character will seriously consider Miyuki’s suggestion to attend Standford.

Simultaneously, she will confess to Hayasaka her kiss with the President. Unfortunately, by suggesting that Kaguya take the next step in their relationship, she will complicate her love life.

As Kaguya mulls over her future with Miyuki, the President mulls over options that could make or break her romance.

An unexpected incident, on the other hand, will rekindle Ishigami’s romance with Tsubame.