FIND THE SUMMARY AND EXPLANATION OF THE END OF EPISODE 5 OF SEASON 3 OF LOVE DEATH + ROBOTS! SPOILERS!

Love Death + Robots is now on Netflix! Continue reading for a summary and explanation of the end of Episode 5 of Season 3! “Kill Team Kill,” like Predator, operates based on mockery, but in a more obvious way. Read on to find out when Season 4 will be released.

It’s about an elite team of US Special Forces soldiers who all look like a cross between Rambo and the main character of every side-scrolling shooter on the NES and are confronted by a terrifying monster who wants them dead. Here is a summary and explanation of the final episode of Season 3 of Love, Death, and Robots!

The fact that this monster is codenamed “Project Barghest” and was developed by the CIA, which has suddenly become “unpatriotic,” speaks volumes. So “Kill Team Kill” not only mocks this stuff but also the military fetishization that allowed it to grow.

Morris’ character, whom the team meets by chance, is so dismissive of secret CIA bases and modified grizzlies that the team dismisses him. The notion that the CIA would not do such things is dismissed as absurd. 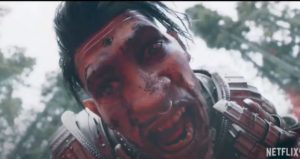 After a few false victories and liters of blood and guts, the massive cyborg grizzly is finally defeated. Its battered metal body remains motionless as the last two soldiers breathe a sigh of relief and look around at the carnage.

They don’t have much time to celebrate before one of the creature’s eyeballs erupts from its skull and a countdown begins. Season 3 Episode 5 of Love, Death, and Robots concludes with a massive explosion. At the end of Love Death + Robots Season 3 Episode 5, it appears that even the last two surviving members of the Special Forces team are killed.

In keeping with the episode’s comedic and ironic tone, it appears that the “good guys” are all dead. They believe they have killed the creature several times, but it awakens and attacks once more, killing more of their members.

The eye, which contains a powerful explosive, is most likely designed to kill whoever manages to take down the grizzly, and in this case, the victims are American special forces soldiers.

The episode’s irony is that the soldiers, including Morris, are killed by a creature designed to aid them. The failed experiment’s cybernetic grizzly is eventually killed, but it appears to have brought down the entire team responsible for it.