GET ALL THE DETAILS ON THE RELEASE OF SEASON 2 OF LOVE IS BLIND  AFTER THE ALTAR ON NETFLIX! DATE AND TIME OF RELEASE!

Love is Blind: After the Altar will be available on Netflix soon! Continue reading if you want to learn everything there is to know about the release of Season 2!

Love is Blind Season 2, After the Altar follows the lives of several “Love Is Blind” participants from the second season, including Jarrette Jones, Iyanna McNeely, Deepti Vempati, Shayne Jansen, and Natalie Lee.

Following the reality series in which 15 men and 15 women get to know each other and propose from separate pods, the spin-off show reveals the current situations of singles and newly married couples. It’s here where you can learn everything there is to know about Netflix releases.

The season 2 finale of Love Is Blind featured five weddings, but only two couples officially married.

Danielle Ruhl married Nick Thompson in an outdoor ceremony, and McNeely and Jones were introduced as newlyweds in the most recent episode.

We tell you everything you need to know about the Season 2 premiere of Love is Blind: After the Altar on Netflix!

WHAT IS THE NETFLIX RELEASE DATE AND TIME FOR SEASON 2 OF LOVE IS BLIND AFTER THE ALTAR?

The wait is no longer excruciating! Season 2 of Love is Blind: After the Altar will be available on Netflix on September 16, 2022.

For the most impatient, Season 2 of Love is Blind: After the Altar will be available on Netflix at 9:01 a.m.! 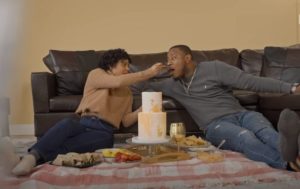 WHAT SHOULD WE EXPECT FROM THIS SERIES?

Season 2 of Love is Blind: After the Altar, like last year, concludes with three separate 45-minute episodes. Kinetic Content executive producers Chris Coelen, Ally Simpson, Eric Detwiler, and Kimberly Goodman are all on board to executive produce this special.

Love is Blind. Since its first season in 2020, the Yes and After franchise has been a reality TV goldmine for Netlfix. Although the premise has received some criticism, it is one of the streamer’s most popular.

The dating competition became Netflix’s number one show within a week of the finale’s release, prompting the decision to greenlight a second season.

The series is so popular that it was renewed for three more seasons earlier this year and received Brazilian and Japanese adaptations.