Never Have I Ever Season 3: Netflix release date & time?

Never Have I Ever Season 3

EVERYTHING YOU NEED TO KNOW ABOUT THE RELEASE OF SEASON 3 FOR NEVER HAVE I EVER ON NETFLIX! DATE AND TIME OF RELEASE!

Never Have I Ever is now on Netflix! Continue reading if you want to learn everything there is to know about the release of Season 3! Maybe Devi Vishwakumar should exercise more self-control, but damn it, it’s entertaining to watch the consequences of her decisions!

The second season begins with Nalini, the main character’s mother, catching her daughter kissing Ben, Devi’s rival-turned-lover. When Devi returns home, she is surprised to find Paxton, her other love, waiting for her. Paxton has always been reserved when it comes to his emotions; could he have changed his mind?

Devi decides to play a game with the boys before jumping ship, knowing that her family will soon be moving to India. She plans to date both of them secretly and separately! She’ll be on her way to another continent if one of them finds out. 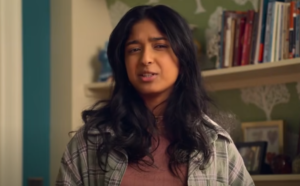 Mindy Kaling’s comedy-drama Season 2 left us wanting more, with Devi and Paxton finally settling their differences after years of conflict.

WHAT IS THE NETFLIX RELEASE DATE AND TIME FOR SEASON 3 OF NEVER HAVE I EVER?

The Netflix synopsis reads, “In Season 3 of Never Have I Ever, Indian American teenager Devi continues to deal with the everyday pressures of high school and the dramas of home, all the while navigating new romantic relationships.”