DISCOVER THE SUMMARY AND EXPLANATION OF THE END OF OUTER RANGE EPISODE 4 ON AMAZON PRIME VIDEO! SPOILERS!

Amazon Prime Video now has Outer Range! Continue reading if you want to know what happened at the end of Episode 4! Outer Range’s fourth episode is all about stones.

Everyone, including him, is intrigued by the strange celestial rocks discovered in the Royal Abbott Ranch’s west pasture. Read on to find out when Episode 5 will be released and what it will contain.

Autumn Rivers is drawn to Amelia County by these rocks, and she wears a similar-looking stone on her necklace. A flashback sequence at the beginning of Outer Range Episode 4 suggests that a man brought a strange stone he found in Abbott’s West Pasture to Wayne Tillerson. Tillerson has been obsessed with this property since then, and he intends to seize it at any cost.

In the previous episode, Royal informed Deputy Sheriff Joy Hawk about Trevor’s body, which Amy discovered in the mountains.

As a result, this episode continues the investigation by bringing Trevor’s mother, Patricia, back to Amelia County, where she vows vengeance on her son’s murderer. Here’s a summary and explanation of the conclusion of Outer Range episode 4 on Amazon Prime Video! 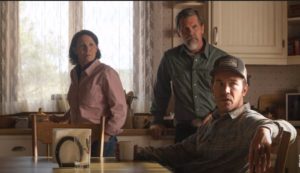 Wayne is determined to claim the land after learning that the stone was discovered on the Abbott family’s West Pasture.

In the present, the Abbotts are subjected to Joy’s interrogation following the discovery of Trevor’s body. Joy is even more perplexed by Trevor’s murder because the autopsy report shows that he died only hours before his body was discovered.

Autumn and Royal play poker after the funeral. Autumn is asked to bet the stone she found while Royal bets his West Pasture. Royal cheats to win and claim the enigmatic stone. Wayne Stone’s strange behavior eventually leads him into the black void in the middle of the night. 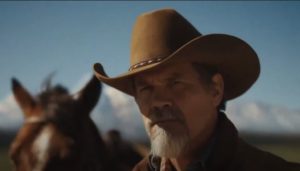 Royal returns home after stealing the Stone from Autumn. Later that night, an exhausted Royal flees the house with the stone. Meanwhile, Wayne is awakened by a movement in his stone.

Wayne leaves the house, excited to discover the true nature of the stone, and drives through the pastures, guided by the stone. Wayne eventually arrives at the Black Hole location.

To his surprise, Royal is quietly waiting for Wayne near the void. Wayne’s delight at discovering the black void is short-lived, as Royal lunges at him, seemingly intent on injuring Wayne.

Royal knocks Wayne out in their fight near the black void. Wayne attacks from behind as Royal stares into the black void, contemplating his next move.

As Wayne walks away, delighted with his discovery, Royal collapses on the floor and remains cold. Wayne is now aware of the Abbott family’s secret as well as the existence of the black void.

As a result, it appears that Royal is in serious trouble. Even though Wayne dealt Royal a physical and metaphorical blow, it is unlikely that he died.

Wayne’s attack isn’t lethal, and Royal has collapsed. Before Wayne’s arrival, Royal most likely used the black void’s weather-altering properties to predict the future. It wouldn’t be surprising if being hurt was part of Royal’s strategy to bring Wayne down.