DISCOVER EVERYTHING ABOUT THE RELEASE OF PACHINKO SEASON 2 ON APPLE TV+! DATE OF RELEASE.

Apple TV+ now includes Pachinko! If you’re curious about when Pachinko Season 2 will be available on Apple TV+, continue reading!

Soo Hugh created, wrote, and produced this Korean, Japanese, and English-language drama. To find out why the first season ended, read this.

Pachinko is based on Min Jin Lee’s bestselling novel of the same name. It chronicles the journey of a four-generation Korean immigrant family as they flee their homeland in search of a better future. The story begins in the early 1900s and is told through the eyes of Sunja, the family matriarch.

As effective as that is, this strategy will succeed only if Pachinko returns for the multiple seasons he so clearly deserves. Fortunately,

Hugh intends to continue the show for four seasons, and Apple has confirmed that Season 2 is definitely on the way. We discuss the upcoming release of Season 2 of Pachinko on Apple TV+!

WHAT IS THE DATE FOR THE RELEASE OF PACHINKO SEASON 2 ON APPLE TV+?

The first season premiered in late April. Pachinko was renewed for a second season at the end of April 2022: “Words cannot express my joy at the prospect of continuing to tell the extraordinary story of this indomitable family,” said the series’ creator, Soo Hugh. Given this, the release date for Pachinko Season 2 on Apple TV+ should be early 2023. 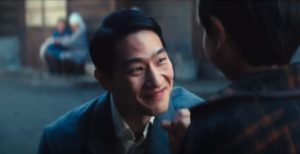 Kyunghee is likely to assist Sunja with her Kimchi stand in Pachinko Season 2. Solomon’s deal with Yoshii, who is connected to the Yakuza, will undoubtedly have ramifications.

We might be able to ascertain what happened to Noa. Koh Hansu will almost certainly assist Sunja’s family in surviving the war. Sunja may be reunited with her mother in Season 2.