DISCOVER EVERYTHING ABOUT THE RELEASE OF PROMISED LAND SEASON 2 ON DISNEY PLUS! DATE OF RELEASE!

Disney Plus now has Promised Land! Continue reading to find out when Season 2 will be released! Promised Land is a family drama series created by Matt Lopez that follows two Latino families as they compete for supremacy as well as wealth in the Sonoma Valley.

Joe Sandoval, the owner of a successful vineyard, decides to entrust the company’s management to one of his children.

With each member of the family harboring their secrets, the series captivates viewers with its compelling narrative. Find out everything there is to know about Disney Plus releases right here.

The drama series, which premiered on ABC in January 2022, received mixed reviews from fans and critics.

Although some found the plot to be dramatic, the series received praise from a certain group of viewers for the performances as well as the overall plot presentation. 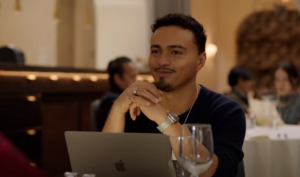 Fans are wondering if there’ll be a season 2 of Promised Land on Disney Plus following the conclusion of the first episode. Everything is revealed!

WHAT IS THE DATE FOR THE RELEASE OF SEASON 2 OF PROMISED LAND ON DISNEY PLUS?

Promised Land will not be renewed for a second season. The Latin American family drama was canceled by ABC after only one season.

The news comes as no surprise. Promised Land, which debuted in January, was one of ABC’s lowest-rated and least-watched shows this season.

After five episodes, the channel dropped it from its schedule, with the remainder of its 10-episode first season airing exclusively on Hulu, then available on Disney Plus.

WHAT SHOULD WE EXPECT FROM THE SEQUEL?

Joe reconciles with his loved ones, including Lettie, as Season 1 concludes on a high note. He even appoints Veronica as his replacement at Heritage House and accepts a position as a winemaker at Mateo’s vineyard.

So, if Promised Land Season 2 had aired, we might have expected to see the Sandoval family in a new phase of their lives, as they all underwent major changes in the first season.

While the majority of the characters appear to have bright futures, it would have been interesting to see how things played out. After all, doing business with family can be difficult.