DISCOVER THE EXPLANATION FOR THE END OF RAISED BY WOLVES SEASON 2! SPOILERS!

Raised By Wolves is now on HBO Max! If you want to know why Season 2 ended the way it did, keep reading! Sue, the atheist-turned-believer, has been physically transformed into a tree as a result of a series of events that are both random and deliberate manipulation, and her only wish is to be destroyed before she can do more harm. But it’s too late; she perishes in the throat of a massive flying biomechanical snake. Extremely slender.

There’s no way it’ll all be wrapped up in a 45-minute episode, but given the recent series’ insane form, a finale seems like a good excuse to go completely insane and leave things on an even more ambitious and confusing note than usual. You’ve come to the right place if you have any questions about the Raised By Wolves Season 2 finale!

The season 2 finale suggests that Grandmother may be the reason humanity vanished from the planet. Since her reactivation, she has repeatedly stated that her top priority is to ensure humanity’s eternal life. Grandma appears to devolve the six main children into sea creatures using her holograms.

Grandma is also likely to be to blame for the sudden drop in temperature. She wants people to feel like they’re inside their units, so they’re acting like holograms.

One thing is certain after what happens to Marcus at the end of Raised By Wolves Season 2: he isn’t who he used to be. Mother kills the Serpent by ripping its brain out through its eye. Sue’s tree reappears from her corpse not long after. Sue believes that the electromagnetic fields that surrounded the colony prevented the signal from reaching the Collective members. 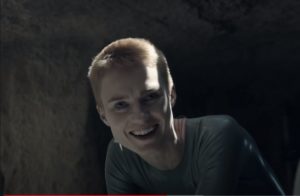 Paul deduces from his research that the tree was the entity’s way of avoiding the effects of the electromagnetic field. This indicates that the Signal’s origin is underground. Lucius was one of Marcus’ most ardent supporters before turning against him among the Mithraic. The Signal, as usual, exploits and weaponizes human emotions.

When Lucius turns away to take a sip of the drink he brought, he realizes something has happened. He discovers Marcus floating upside down and with outstretched hands, just as Lucius crucified him. Saint Peter was crucified upside down in Rome during Emperor Nero’s reign, according to Christian tradition. The resemblance is most likely not coincidental. 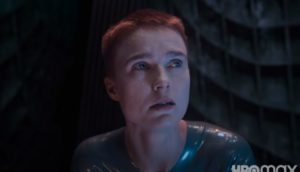 A little girl gives Nerva a Mother’s medallion in exchange for a coat as snow begins to fall on the settlement. She is depicted with her hands outstretched, as if in flight. This most likely refers to the Christian messiah. If Lucius’ conclusion that Marcus was dead when he examined him is correct, this scene is a miracle moment.

Another unsettling possibility is that Marcus died and became a vessel for the entity. After all, Lucius is precisely following the mysterious being’s instructions. If this is the case, the Collective will face existential threats very soon, especially if Mother is trapped in the simulation.