ALL THE DETAILS ON THE RELEASE OF SLOW HORSES SEASON 2 ON APPLE TV+! DATE OF PUBLISHING, RENEWAL.

The first season has concluded, following an explosive and shocking finale. Here is a detailed explanation of the ending.

Although Hassan has been released, the kidnappers have been killed or imprisoned, and Lamb and his team have been exonerated, numerous threads remain unresolved, including this shocking flashback that explains how and why Lamb ended up in Slough House. He is so resentful of River.

Naturally, fans are eager to see what happens next in Apple TV+’s spy series, and if they stayed until the end, they may have already gotten a glimpse. We tell you everything you need to know about Slow Horses Season 2’s release on Apple TV+!

WHAT IS THE DATE FOR THE RELEASE OF SLOW HORSES SEASON 2 ON APPLE TV+?

Season one concluded on April 29, 2022. We have some exciting news. Apple has confirmed that the cast and crew filmed two consecutive seasons; the second can premiere whenever it pleases. There is no reason to wait a year.

However, if the public response to the first season is positive, Apple is likely to want to begin production on the third season immediately. We believe the release date for Slow Horses Season 2 should be set for late 2022 or early 2023 on Apple TV+! 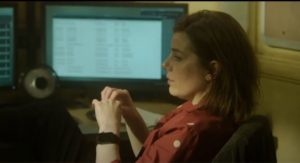 Slow Horses Season 2 should follow the plot of “Dead Lions.” Dickie Bow, a former low-level Jackson Lamb informant, boards a train and then a bus in pursuit of a mysterious figure he has long recognized.

Due to the nature of these spy secrets, they do not remain buried for long, and a very real threat soon hangs over the modern United Kingdom.