DISCOVER ALL THE NEWS REGARDING THE RELEASE OF SPY X FAMILY EPISODE 6 ON CRUNCHYROLL! DATE OF RELEASE!

Spy x Family can be viewed on Crunchyroll! Continue reading to learn when Episode 6 will be released. The fireworks capture Anya’s attention after the castle reenactment has concluded, and she is thrilled by the experience. Similarly, Loid is momentarily overcome with emotion and ponders its significance.

The pair of suitors have likely never experienced any emotions while working on any of their assignments in their entire lives. However, this is not their first time reacting in this manner.

She was quickly joined by Loid, who also demanded to be asked a different question; when the interviewer refused to listen to them, he almost punched him. His actions had the potential to endanger Operation Strix, so it was odd for a consummate professional like him to make such a reckless decision.

It makes sense, however, because he has formed an emotional bond with Anya, just like Yor.

This improbable couple has never allowed their emotions to dictate their actions at work, so it will be fascinating to see how the future unfolds.

But now that they have a significant other, how will this affect their future missions? Everything you need to know about the release of the sixth episode of Spy x Family on Crunchyroll!

WHAT IS THE RELEASE DATE AND TIME FOR SPY X FAMILY EPISODE 6?

The wait is now considerably shorter! The sixth episode of Spy x Family will be released on May 14, 2022.
Spy x Family Episode 6 will be available on Crunchyroll at 5:30 p.m. for the most impatient audience! Read this to learn how many episodes will be produced.

WHAT MAY WE Anticipate Next? SPOILERS!

The preview for Spy x Family episode 6 aired immediately following the conclusion of the fifth episode, and it reveals that there are many exciting things to look forward to next week.

We adore this sneak peek because it means we’ll soon meet Becky Blackbell and Damian Desmond. 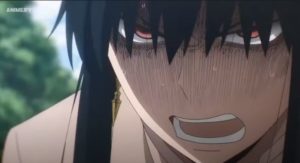 People are eagerly awaiting episode 6 of Spy x Family to catch another glimpse of Anya’s smile, which has become a meme among manga readers.

The sixth episode of Spy x Family is titled The Friendship Scheme (“Nakayoshi Sakusen”) and is based on chapters 7 and 8 of the manga, in which Anya prepares to enter Eden Academy.