The Beauty of Jerusalem: Is it inspired by a true story?

The Beauty of Jerusalem: Is it inspired by a true story?

CHECK TO SEE IF THE BEAUTY OF JERUSALEM IS BASED ON TRUE EVENTS!

The movie The Beauty of Jerusalem is now available on Netflix! Continue reading to find out if the series is based on a true story!

The Beauty of Jerusalem follows four generations of Spanish Sephardic Jews as their lives unfold against the backdrop of Jerusalem’s turbulent history. Read this to find out when Part 3 will be released.

The Netflix series The Beauty of Jerusalem follows viewers from 1917 to 1949, covering the fall of the Ottoman Empire, the British Mandate, and Israel’s War of Independence. But is La Belle de Jerusalem based on a true story? Everything is revealed!

IS THE BEAUTY OF JERUSALEM INSPIRED BY A TRUE STORY?

The Beauty of Jerusalem is inspired in part by a true story. The series is based on Sarit Yishai-book Levy’s of the same name.

While the novel and, by extension, the series follow the journey of a fictional Sephardic Jewish family, the themes presented to the audience are historically relevant. 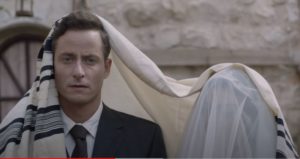 The series, set in the first half of the twentieth century, takes viewers through three different political regimes in Jerusalem. Furthermore, the series investigates the effect of changing times on a Jewish family, its roots, and family dynamics.

On March 31, 1492, the Alhambra decree ordered Jews in the kingdom to convert or leave within four months. King Manuel I of Portugal also signed a decree on December 5, 1496, requiring Jews and Muslims in his country to convert to Catholicism or leave by October 1497.

While many Jews chose to convert fully or publicly to Catholicism, many others fled to Europe, North Africa, and the Middle East.

When Sultan Bayezid II of the Ottoman Empire learned of the plight of the Jews expelled from the Iberian Peninsula, he opened the gates of his kingdom to them, even dispatching his navy to bring them safely to his lands.

The Ottoman Empire’s glory began to fade at the end of the nineteenth and beginning of the twentieth centuries. As a result, poverty and discrimination against Jews increased throughout the empire.

The Beauty of Jerusalem, which begins around 1917, delves into Jewish life during this period in great detail. After World War I, the Ottoman Empire was forced to cede many of its territories to the Allied powers in 1923.

The Beauty of Jerusalem delves into this period and its effects on the people. The series also delves into the period of Israel’s War of Independence, which lasted from 1947 to 1949.

Although the Armoza family’s story is fictitious, it explores the impact of history and regime change on Israel’s Jewish community.