DISCOVER THE EXPLANATION FOR THE FALL’S END OF SEASON 3! SPOILERS!

The Fall is now on Netflix! Continue reading for an explanation of Season 3’s ending! This is not how we expected The Fall to end. Especially after the Season 2 finale cliffhanger involving Paul Spector’s life.

Why bring him back from the brink of death just so he can learn his fate a few weeks later? I suppose it’s both futile and poetic. And, surprisingly, I award it to Allan Cubitt, the creator, and executive producer.

All of this is not to say that it was a bad ending. No, despite some unexpected twists and turns, I enjoyed it. Read this to find out if Season 4 will be released.

Paul begins by explaining to his attorneys how he became involved in Susan Harper’s death. He and David Alvarez had met Susan at a club, and she had invited them to her home afterward.

She and David had sex in front of Paul. Paul invited Susan to “try something a little different” after David left to get some booze.

Which, given what we know about Paul, cannot be good. He explains that it was a sex game gone wrong, and Susan died by accident.

“Do you remember anything else about the other charges?” his attorney inquires cautiously. He isn’t. We reveal everything about The Fall’s Season 3 finale!

The scene takes a shocking turn as the interview is interrupted and the officers rise to leave. Spector charges at DS Gibson, kicking her repeatedly until she bleeds.

He continues his assault until he is grabbed by two security guards and dragged out of the room. Gibson is taken to the hospital.

Spector claimed to have amnesia, but this episode demonstrates that this is not always the case.
More violence follows, with Spector attacking two other characters – a clinician and a patient – in the clinic where he is undergoing psychiatric evaluation.

Teenage Katie appears to have self-harmed in a subplot. She had become obsessed with Spector, and he persuaded her to assault a friend, landing Katie in a juvenile detention center.

Inspector Gibson approaches her and tells her that she has scars from self-harm as well as grief from her father’s death during an emotional conversation. She tells Katie she needs to stop worrying about Spector.

It’s not a happy ending for Spector, DS Gibson, or anyone else. In heartbreaking scenes, Spector commits suicide after becoming trapped in a situation from which he cannot escape. 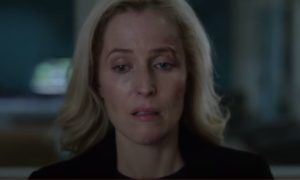 He does this in the same way he claimed Susan Harper was dead. When he is discovered, it is too late to save him. When DS Gibson learns of his death, she is devastated, and tears well up in her eyes. She appears to be disappointed that he escaped justice or any form of punishment for his crimes.

The Fall’s Season 3 finale finds Detective Gibson returning home, alone in her kitchen with a glass of wine – a rather unsatisfying conclusion to the case she’s spent so much time on.

She hangs a note on her wall that reads, “He who does not love remains in death,” perhaps to remember how Spector affected her and so many others, and to remember the case.

The series is dark and slow-burning, with a level of intensity that has captivated many viewers. However, it is not a happy series, and some found the ending to be frustrating and unsatisfying, though this could be argued to be the intended effect as well as the series was never intended to have a fairy tale ending.