GET ALL THE DETAILS ON THE RELEASE OF PART 3 OF THE WALKING DEAD SEASON 11! DATE AND TIME OF RELEASE!

Scott Gimple, The Walking Dead’s Content Director, gave some important hints about what’s to come and how the world will continue to expand beyond the walls of Hilltop during the announcement. In conclusion, he stated that there are many more stories to be told and that this will be the beginning of new characters, stories, faces, and voices. That the end will lead to a fresh start. Read this to find out why Part 2 ended the way it did.
The zombie apocalypse is far from over, despite a drop in overall The Walking Dead ratings, but there’s plenty of ground to cover as the inaugural ship prepares to bow out. We tell you everything you need to know about the release of Season 11 Part 3 of The Walking Dead!

WHAT DATE AND TIME WILL THE WALKING DEAD SEASON 11 PART 3 BE RELEASED?

After being split into three parts, The Walking Dead Season 11 is now available. The first season premiered in 2021, with the second following on February 20, 2022. Season 11 Part 3 has yet to be scheduled.

However, we believe that The Walking Dead Season 11 Part 3 should be released in June 2022.

WHAT CAN WE EXPECT FROM SEASON 11 PART 3 OF THE WALKING DEAD?

Without getting into individual character arcs, we know that The Walking Dead’s final eight episodes will have to accomplish two major goals. First, bring the Commonwealth arc, which began in Season 10, to a close, as well as the entire series. Then establish the future of The Walking Dead universe, which will last far beyond the conclusion of the main series.

In terms of the first point, thanks to the source material, showrunner Angela Kang and her writers have a detailed roadmap for how to handle the latter part of the Commonwealth plot. The Commonwealth is also the setting for the comic book series written by Robert Kirkman and drawn by Charlie Adlard, which concludes with a set of issues that provide both closure and a healthy dose of tragedy. 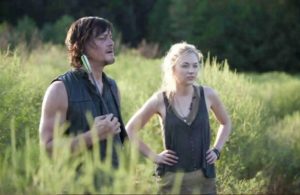 Of course, due to the absence of one of the arc’s key characters, Rick Grimes, the show won’t be able to fully recreate the comic book ending. It’s impossible to recreate the comic’s heartbreaking ending on-screen without Sheriff Rick. So for the series finale, expect more deviations from the source material.

What happens after the Commonwealth, though? The Walking Dead television series will not be able to put Rick Grimes and his band of survivors’ adventures to a definitive end, as the comic book did. Season 11 should lay the groundwork for how the TWD universe will evolve in the coming years. After the conclusion of The Walking Dead, AMC has already planned several spin-off series that will continue the story of several of the series’ main characters…