This Is Us season 6 episode 15 spoilers: The big Miguel episode!

This Is Us season 6 episode 15 spoilers: The big Miguel episode!

Get Everything you need to know about This Is Us season 6 episode 15!

We finally have more news for everyone who was wondering when This Is Us Season 6 would finally give Miguel his due!

Today, NBC confirmed that the much-anticipated episode simply titled “Miguel” will air on Tuesday, May 3. Other than the following, the network does not provide much information on this one: (Tuesday) “05/03/2022 (09:00 PM – 10:00 PM): Miguel throughout the years. TV-PG ” That is unlikely to be of assistance to many people.

Miguel, the character’s heart is one of the things we’ve come to know and love about him. Following Jack’s death, he’s been incredibly devoted to Rebecca, and the two have encountered several roadblocks and major hindrances along the way. He is now preparing for a future as her primary caregiver, one in which she may not even remember him all of the time. That will not be easy, but we believe he will have the support of the Big Three. The Pearsons were initially opposed to Miguel being with their mother, but they have since changed their minds. He’s an important part of who they are and how Rebecca is taken care of. 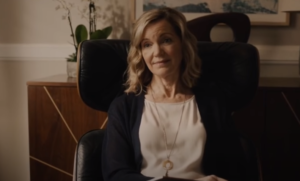 Of course, we’re still worried that Jon Huertas’ character will die soon. He’s never been seen far into the future, and we have to worry that he’s not leaving this world with that in mind.

What piques your interest the most as you prepare to watch This Is Us season 6 episode 15?

Make sure to share your thoughts in the attached comments section right now! Once you’ve done that, don’t forget to check back for more updates.